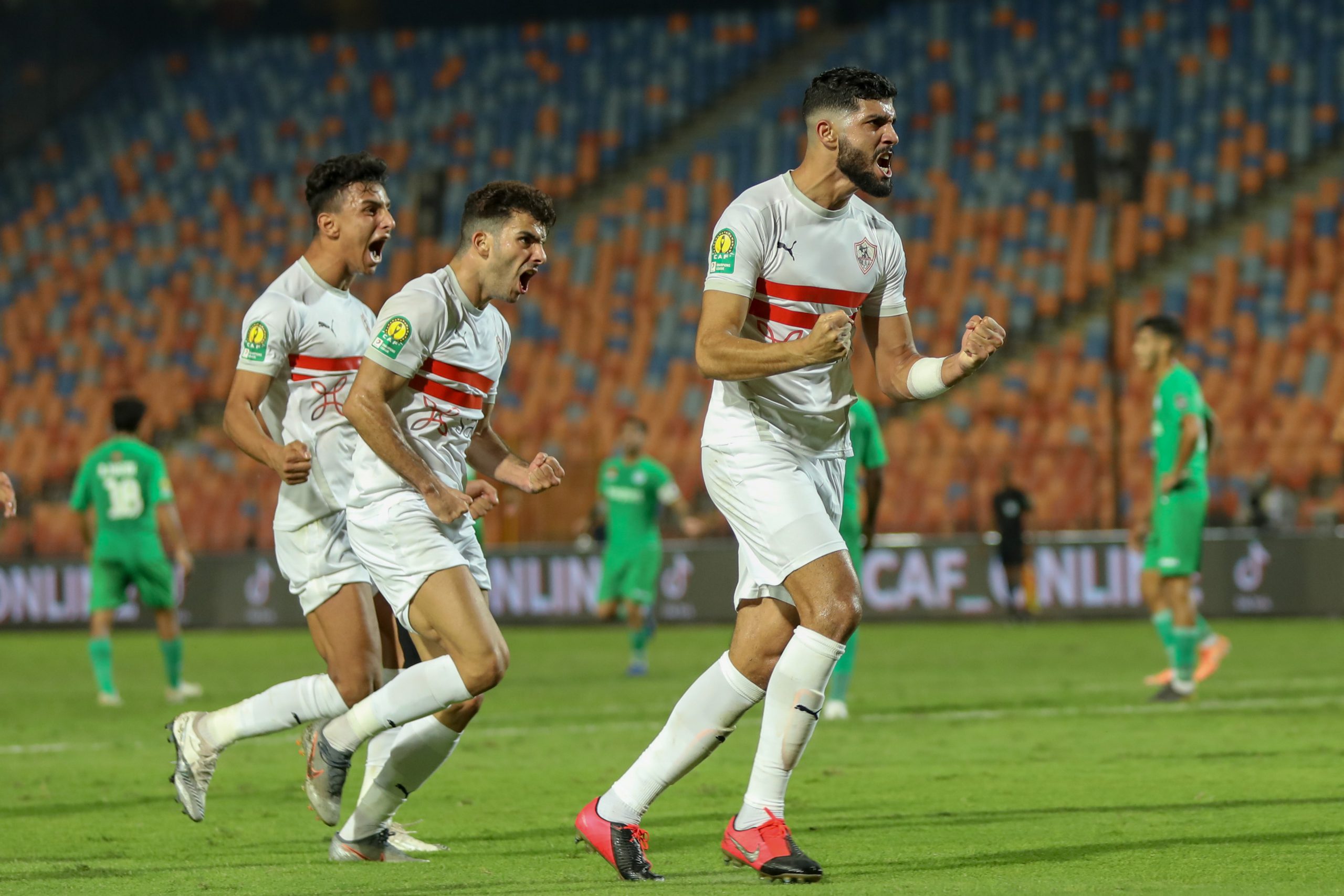 Beyond the sagacity of the unprecedented year, the final of the African biggest footballing club competition will be finally held in Cairo this Friday between not just the two biggest Egyptian football clubs but the biggest of all in Africa, the two clubs have shared the CAF champions League 13 times between them.

SC Zamalek had reign supreme in African as the champions on five occasions while Al-Ahly has been the biggest of them with thirteen-time victory as African champion. But the two meeting meetings is somewhat remarkable as the two most successful teams in the history of the African continent’s premier club competition, will be meeting in this stage of the prestigious competition for the first time and both will be vying for the bragging right not on international front alone but the local bragging right is at stake.

Divided by cultural and political belief, the rivalry between the two clubs had been legendary and fearsome since a long time ago, and meeting in the final of the African premier club competition would certainly edge the battle to be the African champion on the bank of world standard this campaign.

But in as much the campaign will be a firecracker, the absence of the spectator as confirmed by the Confederation Africaine de Football (Caf) and Egyptian Football Association (EFA) to be played behind the closed door will reduce some tension between the two clubs fans all over the country and Africa at large.

More so, either the Intercontinental competition or the local competition, Al-Ahly had been the most successful, and the SC Zamalek is not that far off the pace on both cadre. More importantly, Al-Ahly is well tipped by the bookies and the casinos to win the Friday encounter with +120odds and the SC Zamalek been tip to win with +240odds according to the casino games in Uganda and the sportsbooks

Moreover, heading to this game, SC Zamalek will be hoping to exert some revenge as Al Ahly had been the major beneficiaries in this encounter from the past with 102 wins against the Zamalek 58 win in their past 238 meetings but this is the first time the Cairo clubs face off in a continental competition final.

The two clubs meeting in the African premier club completion takes a turn when Al-Ahly and Zamalek first met in the semi-final of the 2005 edition when Al-Ahly claimed a 2-1 victory in the first leg as the most successful African club further defeat defeated Zamalek 2-0 in the return leg with a brace from Mohamed Barakat.

Furthermore, the two teams stretched their meeting in the competition when they faced-off again in the quarter-final group stage three years later when Al-Ahly secured a 2-1 win in the first round as their second encounter in the fifth round ended in a score draw.

The same instance was then repeated when the Red Devils clashed with the White knights in the group stage in 2012 with Ahly’s legend Mouhamed Aboutrika leading his team to a 1-0 victory in the second round before the two teams tied 1-1 in the sixth round.

Moreover, the two teams last faced each other in the CAF Champions League in 2013 when the two sides wrestled in their quarter-final draw of 2013 as both teams were drawn to the same group once again. The first leg of the encounter ended in a 1-1 draw while Al-Ahly crushed Zamalek with 4 goals and claim a landslide victory in the second encounter.

But, the current encounter will be a little different as “it’s all on the line, in a fixture that neither of these two Cairene rivals and bitter foe can’t afford to miss”.

Although, on each of the previous encounter in competition, it Al-Ahly that came out on top and heading to the pier, the pair are more balanced than ever as SC Zamalek heading into the weekend’s encounter with their head and shoulder heel so high with their recent continental success while they claimed the last season’s Caf Confederation Cup victory.

Heading to this epic final between the two Cairene rivals, the two clubs boast two of the most fearsome attacking threats in this year’s edition of the competition in Achraf Bencharki and Mostafa Mohamed, they also, and either man has the potential to be the match-winner.

However, the Covid-19 cases will deny both teams of their several key players the opportunity to feature in Friday’s epic final, with the likes of Abdallah Gom’aa, Youssef Obama, and Mahmoud Hamdy El-Wensh all set to miss out.

Al-Ahly is actually the second most successful club in the world after Real Madrid in terms of international titles. They have won 24 in addition to 42 Egyptian championships and 36 Egypt Cups. They were Egyptian Premier League champions in 2019-20, finishing 21 points ahead of second-placed Zamelak.

Al-Ahly, some years ago, revealed that their ambition was to become the Real Madrid of African football. But the Zamalek is fast chasing and denying their Cairene rival the chance to be the most successful club in the world football and this Friday’s encounter would be no different in their quests.

More so, Al-Ahly is the most prestigious club in the continent with a net worth of US$ 28 million. Another Cairo neighbor Pyramids (US$ 22 million) and Zamalek (US$ 18 million) are also in the top 10.

And heading to this final, both team will be looking to fight for the club financial prowess as the Coronavirus pandemic has affected many teams economically with many clubs have to come to the term of reducing wages of their player and some had to let of their player, but this final beyond the rivalry will be a battle for both club economy stability.

Both clubs will be heading to this encounter to reign supreme in African football and the base will even be at the headquarters of the African football in Cairo which the home of the clubs that will be playing this final.

Both teams are vying for their prestige on the intercontinental front but this final showdown will be more on the club that would be the force in the local league or even more, which team will reign supreme in the heart of Cairo as both teams are meeting for the first time in the final of the most prestigious club competition in Africa.

Payet’s magic saves the day for France in a rather nervy win vs. Romania

Jamie Carragher reveals who is signing for Liverpool in January Transfer...

“Come sign Him” – Celtic fans pleads with Rodgers to complete...

Newspaper is your news, entertainment, music fashion website. We provide you with the latest breaking news and videos straight from the entertainment industry.
Contact us: contact@yoursite.com